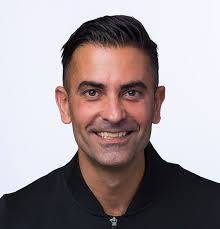 During the 2019-2020 season when Zarba is the main official the home and road teams split wins, with the home team enjoying a small two point differential. Games are lower scoring at a little over 216 points and 39 fouls called per game. The road team is penalized slightly more often than the home team.

Zarba has been a party to a few controversies in his time as a referee in the NBA. On one occasion in 2019, the Los Angeles Lakers’ Lebron James called out Zarba for a phantom foul call against New Orleans Pelicans’ Brandon Ingram in crunch time. Although Zarba had a chance to review the call where Ingram was not actually contacted by James, Zarba and crew chose to uphold the call. “That’s a bad call,” James said, which was picked up on the game broadcast. “When the ref makes that call, he don’t never want to be wrong. They’re never going to overturn it. Ever. Ever.” Lebron James and coach Frank Vogel were in disbelief after the game. Vogel said “I don’t see the replays like they do, so I’ll have to trust them, but we’ll see.” Of note, in the 2019 – 2020 season, the first in which a coach’s challenge has existed in the NBA, only 39% (52 of 134) of called fouls on the court have been overturned or changed to a non-foul or a foul.

Zach Zarba is one of the NBA’s younger officials but he has still logged 16 seasons and 92 playoff games, including seven of those in the NBA finals. He was notably a crew member for the 2016 NBA All-Star Game in Toronto and a part of game 3 of the 2013 NBA Finals between the Miami Heat and the San Antonio Spurs. He previously reffed in the NBA G league for two years, the CBA, and IBL. His college experience includes work in the ACC, SEC, Colonial and other conferences.