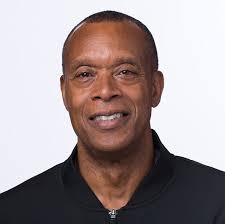 During the 2019-2020 season when Mott is the main official, the home team wins 59% of the time with a four point differential. Total points are over 223 with over 41 fouls called per game. In 2019-2020 Mott has called an almost identical number of fouls on the road and home team. When Mott is a crew official the overall score is significantly higher at 231 points, there is on average one additional foul called and the road team is penalized significantly more, from 49% to 57%.

Rodney Mott, has caught the ire of none other than perennial referee critic Mark Cuban, with Cuban calling out Mott and his crew after a 111 – 107 Dallas Mavericks loss to the Atlanta Hawks in 2020. The Hawks inexplicably got a goaltend and one on the play to seal the game for the Atlanta Hawks. Cuban commented, “So they call a goaltend,” Cuban wrote. “They literally blew the whistle that it was a goaltend. There was a putback after the whistle. After review they said no goaltend but count the basket? WTF is that? That’s NBA officiating…one of the refs told us it was an inadvertent whistle, so it was not goaltending…Doesn’t matter that people stopped. They thought the whistle came after the putback. So the basket counted. So what where they reviewing if it wasn’t a goaltend?” Sacramento Kings guard Buddy Hield also went after Mott after a 99 – 97 Sacramento Kings loss to the Los Angeles Lakers. The Lakers’ Lebron James was awarded two free throws with six seconds to play after a hard drive to the bucket. According to the NBA’s last two-minute report, that call was incorrect. The league said Saturday James initiated contact with an elbow to Barnes’ chin on the perimeter as he began his drive. “One call changed the whole game and it could have gone either way,” Hield said. “It be like that sometimes. When the home team is favored all the time, especially in L.A. … The game came down to one play. Sometimes in that situation you have to let the game play out. I don’t think it was a foul the other way, so ask Rodney what he thinks.” Hield also questioned the overall free throw disparity which saw the Lakers shoot 22 free throws to the Kings 9. Hield went on to say, “Refs don’t call no fouls for us,” …What do you want us to do? It was a game we should have won but it just got stole away from us.”

Rodney Mott has officiated 1,255 regular-season games and 35 playoff games over 21 seasons as an NBA referee. He also worked the 2013 NBA All-Star Game in Houston. Before joining the NBA, Mott spent four years officiating in the CBA. He also worked eight years in the Los Angeles Pro Am league, three years at the junior college level and four years in the high school ranks in San Diego.