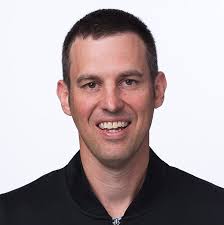 During the 2019-2020 when Scott officiated, the home team won 54% of the time with slighly more fouls against the road team and one more fould called on the road team. The spread hit more often in lower scoring games and the home favorite covered less often with bigger spreads.

In a match up between NBA rivals the San Antonio Spurs and the Houston Rockets, Scott blew a call when a driving James Harden went in for a breakaway dunk only to have the ball carom off the rim and back into play. Scott mistakenly called this offensive interference. The Rockets said they challenged the call immediately, but the officials said that the 30 second window had been exceeded. Also during the 2019 season in a game between the New Orleans Pelicans and the Brooklyn Nets, Scott and crew made the assessment that there had been contact between the ball and the rim so the play was not blown dead and the play was not reviewable.

Kevin Scott has refereed 448 regular-season games and eight playoff game in eight seasons as an NBA official. His officiated a quadruple-overtime game between the Atlanta Hawks and Utah Jazz in 2012. He spent four seasons in the NBA G League, where he refereed the playoffs from 2009-11 and was selected to work the NFinals in 2011. Scott spent has extensive experience officiating at the collegiate level, with four years in the SEC, 10 years in the Atlantic Sun Conference, six years in the Southern Conference and seven years in the Big South Conference.