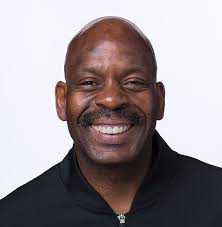 During the 2019-2020 season when Richardson is the main official, the home team wins only 45% of the time with slightly under a one point differential, total points are on the lower end at under 216 with over 50 fouls called per game. However when he is just a crew member the home team wins 65% of the time with over 3 point differential, over 219 points scored, 42 fouls called, with an even split on fouls between home and away teams.

In 2018, Richardson led a crew that wrongly penalized the Orlando Magic, preventing them from a chance at beating the Los Angeles Lakers at Staples Center. The Magic were down by one with a second remaining and threw up a lob for an ally-oop win, only to have the horn sound with the ball in mid-air. The crew ruled a jump ball, effectively ending the game. The NBA’s league office released its “Last Two Minute Report’’ stating that there had been mistakes with the inadvertent horn sounding as well as the jump ball that ended the Magic’s chances. There was no recourse for the Magic despite the ruling.

Derek Richardson is a veteran referee who has reffed over 1,000 games over 22 seasons, working multiple NBA All-Star and NBA Playoff games. He spent nearly a decade in the CBA before joining the NBA and is a Los Angeles resident deeply committed to youth basketball programs focusing on helping elementary age children in the area.