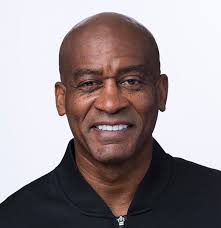 Collins was front and center in on of the most controversial NBA Finals in history between the Dwyane Wade and Shaquille O’Neal led Miami Heat and the Dirk Nowitski led Dallas Mavericks in 2006. This series saw one of the most lopsided officiating in history with Wade attempting 21 free throws in a single night and 97 free throws total in the six game series. Dallas Mavericks owner Mark Cuban was fined $250,000 for “going onto the floor to vent directly to the referees, screaming toward Stern and a group of league officials in the stands, then using profanity during a post game session with reporters.”

Derek Collins is a veteran referee with over 1000 NBA games and 30 playoff games on his record over 18 seasons. He has been a part of some of the biggest NBA playoff moments, including the Heat’s victory over the Dallas Mavericks 2006. He spent five seasons in the CBA, three in the WNBA, as well as seven inthe collegiate ranks honing his skills (Big 12, Sun Belt, Conference USA, Southland, SEC, TAAC, OVC and SWAC).