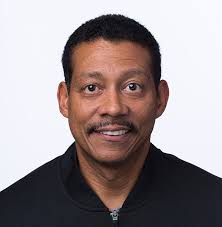 During the 2019-2020 season when Bill Kennedy is the main referee, the home team wins only 47% of the time with a point differential of 1.3 points. There are usually over 224 points scored per game and 41 fouls called. There are slightly more fouls called on the road team than the home team. When Kennedy is part of the crew the home team wins 70% of the time with an average point differential of 5.8 and slightly over 217 points per game, 41.2 fouls per game and dead even on calls for the home and away teams.

Bill Kennedy gave Golden State Warrior Kevin Durant an ejection in his first game back from injury in 2018. He was ejected against the Milwaukee Bucks after going after the officials. As crew chief during the game, Kennedy said, “Mr. Durant was ejected due to the fact of two technical fouls,” said Kennedy, per ESPN’s Chris Haynes. “The first technical foul was issued for vulgarity.“After the first technical foul was issued, the official tried to walk away, started to walk away and the vulgarity escalated and then he was assessed a second technical foul for the escalation of the vulgarity, resulting in an ejection,” the statement from Kennedy concluded.

Bill Kennedy has officiated 1,223 regular-season games over 21 seasons as an NBA referee. He has also worked 104 playoff games, including five Finals games. Kennedy considers his first NBA Finals to be his most memorable assignment: Game 3 of the 2010 Finals between the Boston Celtics and the Los Angeles Lakers. In addition to his NBA service, Kennedy has five years of officiating experience in the CBA, including working the 1996 and 1997 CBA Finals. He also officiated two games in the WNBA Finals in 1998 and has 15 years of high school officiating experience in Arizona. In 2015 Kennedy came out as the NBA’s first openly gay referee following being called a homophobic slur by the Sacramento Kings’ Rajon Rondo. Kennedy said, “”I am proud to be an NBA referee, and I am proud to be a gay man,”” Bill Kennedy told Yahoo Sports. “”I am following in the footsteps of others who have self-identified in the hopes that will send a message to young men and women in sports that you must allow no one to make you feel ashamed of who you are.””